Microsoft have unveiled the new additions to their Surface Family

A2K Technologies October 26, 2015 Technology No Comments on Microsoft have unveiled the new additions to their Surface Family

Customers at Microsoft’s Sydney flagship store will have the chance to experience the vendor’s new Surface Pro 4 and Surface Book, at the opening of the store next month.

The store – the first Microsoft Flagship Store outside of North America – is due to open its doors at at midday on November 12.

Microsoft says opening festivities include the opportunity to experience the Surface Pro 4 and Surface Book, which were unveiled earlier this month in New York.

The vendor will be donating more than US$2 million in software and technology grants to not-for-profit community groups around Australia to celebrate the launch.

“With each store opening, Microsoft aims to deliver a positive impact on the communities in which it operates, by providing access to technology as well as promoting STEM learning and youth education,” Microsoft says.

As well as the US$2 million in grants, Microsoft will be running a number of complimentary workshops and seminars in the weeks following the opening.

“These events will include a digital workshop for girls aged 14-18 to introduce them to the world of possibility with coding and potential career paths; a creative coding academy aimed at secondary school students during school holidays and a seminar aimed at parents to equip them with the knowledge they need when it comes to online security and safety for children.”

Meanwhile, the first 750 customers who visit the store on opening day will receive two complimentary tickets to an ‘exclusive’ concert with Jessie J, supported by The Voice Australia 2015 winner Ellie Drennan at the State Theatre that evening .

Microsoft is encouraging customer to line up at the entry to Westfield Sydney on Pitt Street Mall, as early as 10pm the day before the opening, with opening festivities including giveaways, ‘unique offers on Surface’, and a wide selection of Xbox One console bundles, planned. 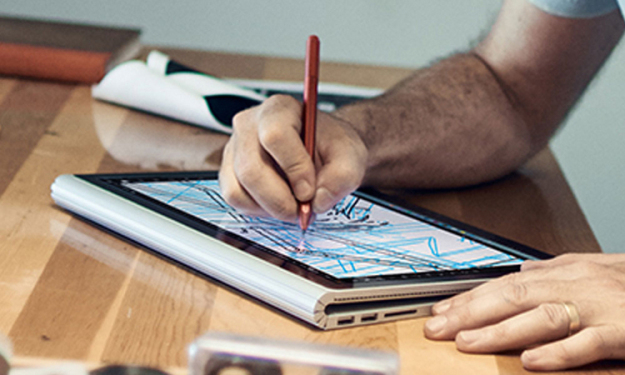 At Microsoft’s hardware event this week, the company showed off a wide range of new hardware from phones to the brand new Surface Book. The laptop, or more technically a 2-1, has several unique features to it but the one most people seem to be interested in, is the dual-GPU setup that the Book offers.

Here’s how it works, inside the tablet portion of the device, or clipboard as Microsoft calls it, is an Intel Iris setup that works in harmony with the integrated chipset but if you opt for a higher end model, there is a second GPU in the base. This additional GPU, paired with additional batteries in the base, is what helps separate the Book from other devices on the market.

For those that are curious about what this extra GPU adds to the setup, Microsoft tells me that it is a custom NVIDIA GPU designed specifically for Surface Book and is based on the Maxwell architecture. The chip has 1GB GDDR5 memory which should be enough for most activities but for those looking to do serious gaming on this machine, this chip may not offer everything you need. Still, it’s important to wait for the benchmarks to come out before definitively deciding w hat this GPU can and can’t handle.

For those that are on the fence about if you should splurge for the higher end model with the secondary GPU, hopefully this additional information makes the decision easier for you.