Captain Bimcad November 25, 2017 Captain Bimcad, Tips and Tricks No Comments on Engineers getting their BIM on.

BIM challenges tend to be cultural rather than technological.

I keep this on my Desktop to remind me that we, as Humans, have a tendency to not like change. This sentence immediately makes me think of the old saying, “If it ain’t broke, then don’t fix it.”  But we tend to leave things until they’re fairly broken, then we do something, or in the case of BIM we have access to a better workflow. Is the cultural change too challenging?  I want to add one more Hallmark saying and then I promise to leave them alone, “It’s your actions that define you.”  Several Engineering Companies are taking on these cultural changes, they have built up a strong BIM modelling and documentation team and have been training up their Engineers to the functionality and benefits of BIM. If an Engineering Company is going to take the BIM journey seriously, then the time of understanding a Building through data needs to be more than just the Drafting Staff!

Why would Engineers even want to get BIMing?

One project that I worked on, typical story, all the Consultants were under the pump, smashing out drawings for the sake of hitting deadlines. An Engineer asked me to look over some drawings with her to understand how the Architectural feature Plant Rooms actually worked. The Drawings were not complete and somewhat contradicted one another. I decided to give her a crash course in Revit to simply view areas of the model, then cut Sections to add to a drawing sheet for either RFI’s or Mark-up.  With the help of Coins and 40min, she was able to interrogate the Architectural Revit Model and understand just how far behind the Lead Consultant’s Documentation was.  On a more constructive note, she was able to guide them on what would Structurally work before their documentation had gone any further. If this Project was still in PDF land, the war on who is causing who to miss deadlines could have easily battled on.

Urban Myth or just the reality of using BIM.

There was an Urban Myth going around some years ago that a Director of an Engineering Company received a set of drawings one afternoon by the Architect and was given until Monday morning to have some concept drawings created, Butter Papers would have sufficed. Instead, he turned up with a set of CAD drawings. He had created a 3D model and blew away the Client. This Director made this 6 years ago, while many Structural Engineers are still playing with Butter Papers today.

Saving Company time and money by being proactive with Revit.

A site Structural Engineer was required on a Westfield Site and was out there for almost 3 months. If you have worked with Westfield you would know that when they want changes, they want those changes to happen now! Typically this would be covered with hand-sketches of RFI’s so site work can continue, then periodically a pile of markups would be sent to the head office to update the As Built model. Then back and forth from Draftee to Engineer until the Model/Drawings are correct.  Instead, the Site Engineer Modelled the changes, updated the drawings and issued the As Built drawings/Model from site. This saved weeks of resourcing and ultimately improved the bottom line of the Projects overhead costs.

What should a Structural Engineer look for in a 1 day Revit Course? 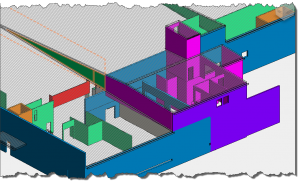 Wherever you go, from a classroom to Online, A2K facility or a competitor, ultimately the Course should provide confidence to the Engineers that they can open Models and look around.  Yes, Revit can break, but so too can Excel, we all just need good training.  The Course needs to have an overall focus on “Workflows”, from Revit workarounds to working well with others. Also drive “Model for Change Principals” into these Workflows, so that when the inevitable design change comes, a Model can be made quite responsive to change and as automated as possible.  This is complemented with “a Self-Maintaining Model” approach to documentation, so that Visibility Graphics, Filters and Templates all contribute so that Drawing Views stay neat. Then overarching all this, look for courses that teach about QA Views, where Engineers are educated in the power of manipulating the Data base in Revit for checking that what has been modelled is correct.  For example Wall Thickness by colour mapping in 3D. 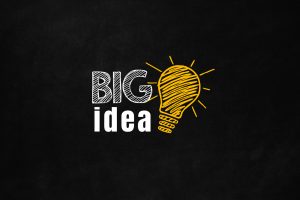 Take this workflow into consideration and while I describe it, think about the higher level communication with other Consultants and the advantage that can be obtained over your competition.  Your Company receives a Revit Model from the Architect, you Copy key Structural elements including Levels, Grids, Floors, Columns and Load Bearing Walls (with door openings). This is your Concept Model, it will never be used for Documentation, only as a means to explain visually the complex design to other Consultants. You then export your Model into E-tabs for analysis, then update your Concept Model to send back to the Architect for them to discuss and coordinate with. Later when the design has been agreed upon, the Concept Model is used as a 3D markup for the Structural Modeller to create their own NEW model that is coordinated with your Structural Concept Model’s element sizes, i.e. wall thickness and the Architects layout, i.e. where the wall is located.

Now consider design variations, a Concept Model can be used to communicate clearer than butter papers, also an Architect will not need to wait a week for the updated Structural Documentation Model VG to be sent via Aconex.  At a MelBIM recently, an Architect said they had created a Structural Model from the Structural Engineers Butter Papers/markups, just so that they could coordinate quicker with design changes. I keep thinking that the Engineer should have had their own Concept Model for this exact purpose, now that would be a competitive edge!

The Paperless office works better with the right software.

Structural Engineering requires tables/schedules on drawings.  The tried and tested way to get this information on the sheet is a laborious method of, markup, draft, backcheck, fix, backcheck, changes, correct, issue.  Or what many Companies are doing, Architectural, MEP and Structural, is use Data exchange software like Ideate’s BIMLink. There are cheaper and even free versions, just do your research first.  I have created a very simple ROI (Return on Investment) table for the cost of purchasing BIM Link compared to ol ‘ school markups and punching in the data into Revit elements.

The idea here is that the Engineer edits the information in Excel, which they are very much at home with, then import that information/data, then the Draftsperson prints it for the Engineer to check. So much less shuffling of markups and back-checking.

Pearls of wisdom, or just rumblings from the bottom of a Data Mine.

Understandably the BIM revolution has not arrived, like many had expected it would.  But is it possible that people are validating their own lack of BIM abilities because, for instance, there is no Government BIM Mandate? In truth, many Engineering Companies from small to large are well matured in the production of Revit Models and relevant documentation. Is it possible that the revolution has been happening and many are just choosing not to see it?  There are a handful of Engineering Companies who have Engineers using Revit, with an understanding ranging from comfortable to Super Users of the Software. Most importantly, entry into Revit is fairly easy when your Drafting Staff are already capable, it’s not as hard a change as you would expect.

So Engineers, get in there.

But don’t move any stuff around!