We here at A2K Technologies hear it a lot; “What’s the difference between BIM 360 Team and Collaboration for Revit?”

Along with other similar questions:

And these are all valid questions, so allow us to clear things up for you. I promise you it’s not as complex as it sounds.

As most companies using Revit are already aware of, its Worksharing feature facilitates multiple users to work together live on project files. Historically, this is only for files within your company network. This meant there wasn’t an easy way to grant access to design files for external consultants outside of your office, without compromising corporate network security and integrity.

This is where Autodesk Collaboration for Revit comes in, otherwise more affectionately known as “C4R”. C4R is an Autodesk cloud hosted service which connects Revit users from different offices together onto the same project. These project files are stored in a location where only licensed C4R Revit users have access. The project is then worked on in a similar fashion as though it was hosted within your own office network.

But that’s only half of the story.

There are other things we need to consider such as which other users can access which data. These users form the extended design team but are not Revit users. They need to access the design data for collaborative input such as comments and mark-ups.

This is where BIM 360 Team plays its part. 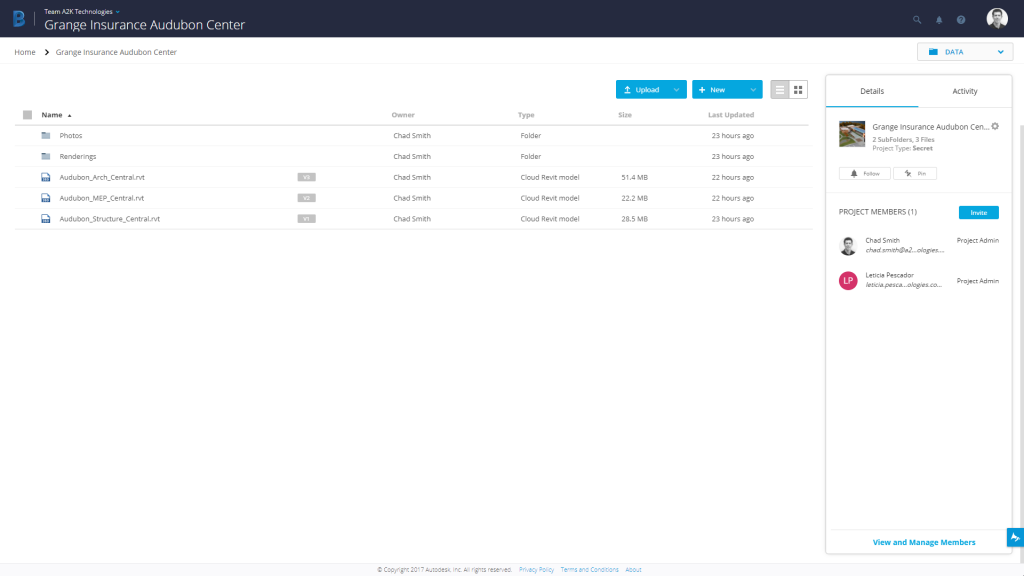 BIM 360 Team organises the design data. It does this in two ways.

All design data is stored in individual Projects. This stops users, whether they be internal or external from unauthorised access to another project’s information. Therefore, users are invited into a project space before they can contribute. This goes for both C4R/Revit users, and non-Revit users.

Within a project any file type can be uploaded for sharing, and if required structured into sub-folders. Because this is a design orientated service, it also supports a native viewer for a wide range of file formats, from standard MS Office documents through to BIM. And this is what separates BIM 360 Team from other standard file sharing services. The ability to natively and contextually work with the design data, without needing any further downloading and uploading of files between team members. 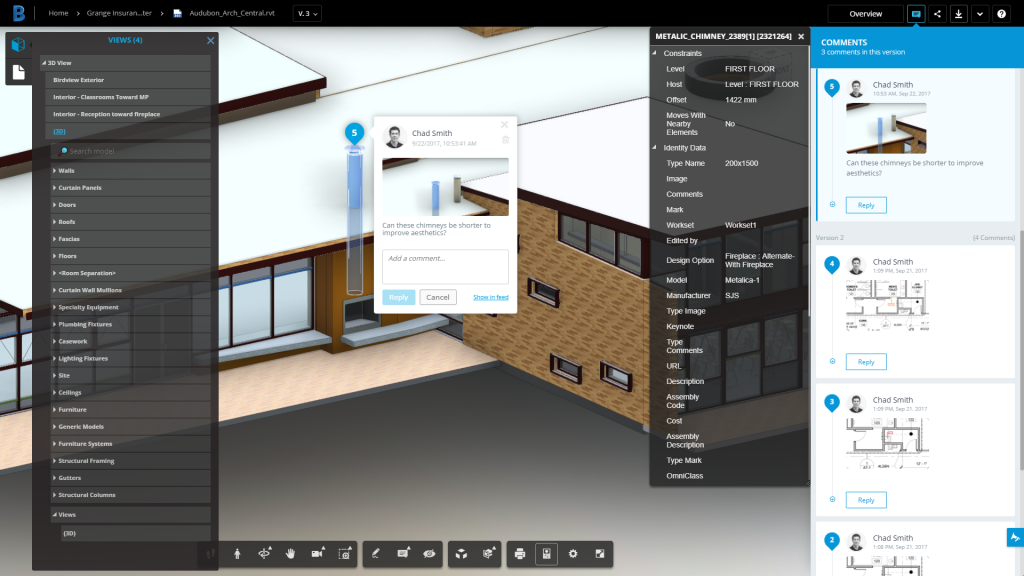 To help communication the iterative design feedback workflow, BIM 360 Team supports the following features, among others: 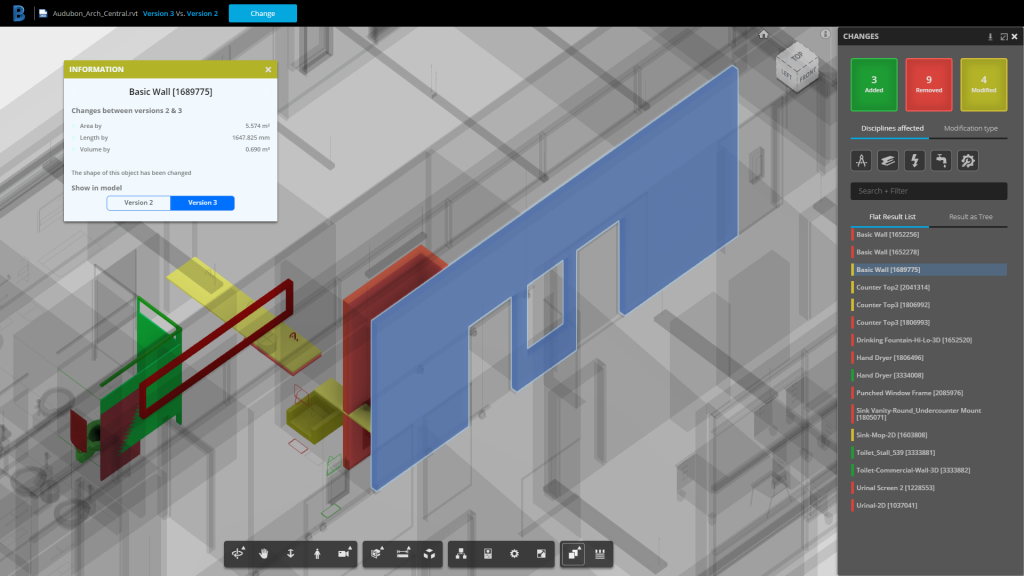 BIM 360 Team allows all team members to access, review, and contribute to the ongoing design process.

“But hang on, I don’t want non-Revit team members accessing the live design files”, I can hear you say. And that’s a very valid point, which leads us onto the next part.

It is a well understood process that live design data needs to be released in a controlled manner to the extended project team, I.e. those not part of the architectural or engineering design team. By doing so, we stop the distribution of unfinished and potentially incorrect work.

Even though BIM 360 Team shows a list of Revit files, they are in fact not the live design files. They are a published version of the design files, which some may also know as a milestone copy. 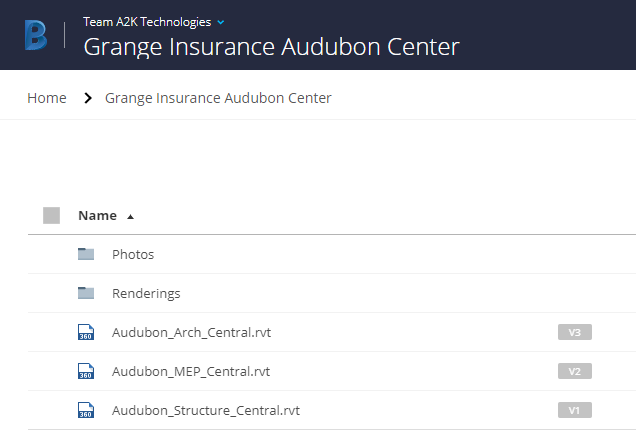 Looking back over within the Revit interface, we can see which live design files are newer than those found in BIM 360 Team. At any time, a Revit user can publish these newer files through to Team thereby releasing the next stage of information to the extended team members for their input. These newly published files in BIM 360 Team now have their version number incremented. 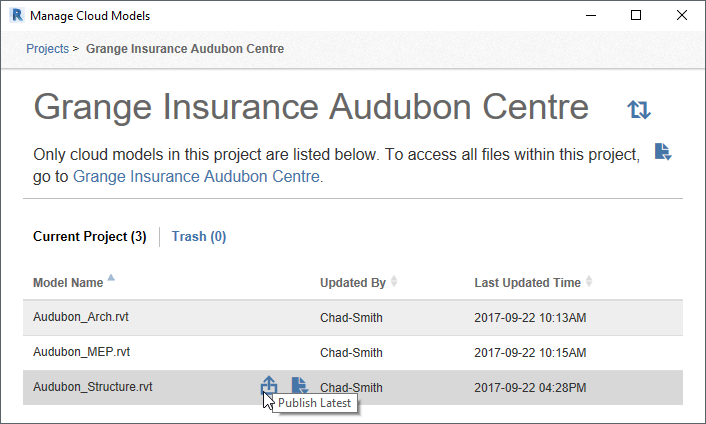 So what we end up with are two workflows running in parallel:

This workflow not only facilitates a level of control required by the two working groups of project users, but it does so in a logical manner which is entirely cloud based. It ensures that no data is manually downloaded, or uploaded, with everyone working from a single source.

How Big Data is Transforming Architecture