AU2014: Technology Trends – A Casual Look Into the Future

A2K Technologies December 9, 2014 Technology No Comments on AU2014: Technology Trends – A Casual Look Into the Future

On the second day of Autodesk University 2014, Lynn Allen chaired a session on Technology Trends, with panelists from some of the most recognisable companies in the world.

They expressed some detail on where their respective companies are heading, as well as their thoughts on how they see their industries moving forward in the next five years.

The session was broken down into four topics; Computing, Capturing, Creating, and Human Interfacing. Here’s a summary.

For a number of years now, Autodesk has been sending a fairly clear message to the broader industry of where they will be focusing most of their efforts. As the ‘power of the cloud’ continues to expand in both availability and performance, this is driving expectations that less has to be done locally at the desktop or mobile device level.

While it was no surprise, it was comforting to hear confirmation from the panellists that this is also where they see the future of computing heading. It was Brian, Andy, and Frank who noted that customers are looking for the computing power, but without the bulky hardware.

If the sales of Chromebooks are anything to go by, which are manufactured by numerous vendors (including the panelists), this demand will certainly continue to grow.

And while the Autodesk portfolio of products may not quite be ready for prime time use as a native web application, the infrastructure in most countries is already well developed to support it when it is.

But it’s not just in the office where these advances exist, with the tools that are used on site still maturing. Jason advised that connectivity with other hardware, such as for surveying purposes, will continue to expedite the transfer of data from software design to physical construction.

In fact, one of the main themes expressed by Autodesk throughout the entire AU was that technology was entering what they referred to as the era of Connection. With so much storage and processing power, and so many devices, how they connect to, and communicate with each other and data is the new frontier of problems to solve.

You could say that this also extends to how we interface with software and hardware, but this is covered under the Human Interface topic later on.

Just as with the increased need in computing power, the way we capture data and store it is also increasing at a rapid pace. This is made difficult in geographic regions where connectivity is not so fast or reliable.

The problem isn’t so much how the data is captured, but rather how it is stored and retrieved. Both Brian and Rob agreed that the data will most likely need to be stored in data centres, providing the much needed scalability and performance. Brian continued by saying that the barriers of uploading large chunks of data at a time would likely be phased out in favour of streaming data directly to the storage, and in real-time.

And once that data is in the cloud, it could then be accessed via thin desktops, said Jason, or possibly streamed back in real-time. And this makes sense.

One such problematic example is point clouds, as they are potentially extremely large in file size, i.e. gigabytes of data.

After they are uploaded to the cloud or your local office network storage, it’s an inefficient process to have to download the entire dataset to your desktop in order to use it. It’s likely that streaming technologies will have to step up and take centre stage so that only the data you are interested in now for your task is available.

Most panelists agreed that 3D printing will be the key to rapid product development in the future, although currently both cost and speed is playing a limiting role to its adoption.

Regardless, the technology is improving in leaps and bounds. Bruce explained that at HP their Multi Jet Fusion technology allows for the ‘modulation of materials’ as part of a single print. This will ultimately facilitate entire objects being printed, and will even include electronics to be printed rather than assembled. 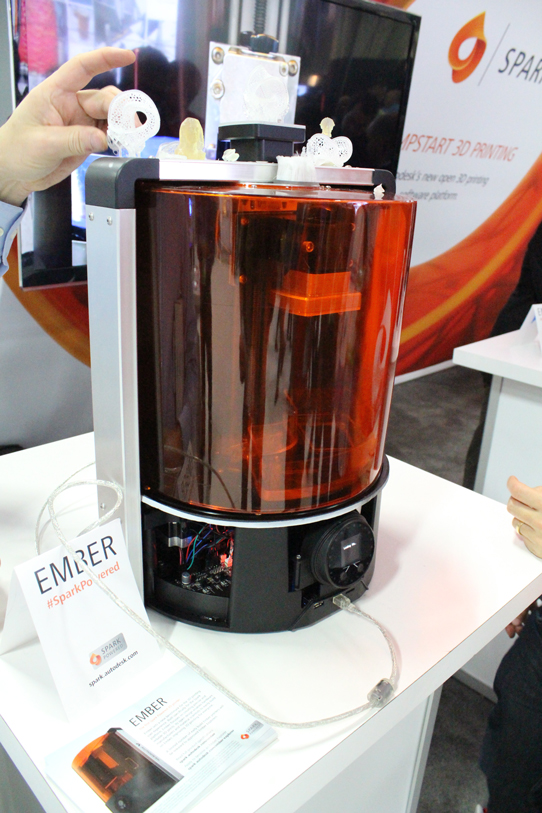 Autodesk are also addressing the 3D printing market by further developing in this space with their Spark powered Ember printer. The combination of open software (Spark), and open hardware (Ember) is anticipated to help drive even faster adoption.

We see that robotics are also to play a major role in the quest of optimisation for manufacturing – whether that is in the form of UAVs on a work site, or low cost consumer-driven robots such as the Modbot.

The reality is that the landscape is changing and designers and manufacturers can no longer afford to waste time with laborious assembly or data capturing. These new technologies are acting as a business enabler, and as Andy eloquently said “Small teams are now creating great things“, which would have otherwise been financially prohibitive.

How an individual interfaces with the world we create is tough. Whether it is something tangible or through software, this became a good discussion point, with everyone taking a different interpretation of this broad topic.

Starting with the tangible, Andy suggested that in order to move forward, the peripherals we use to interact with need to be re-imagined, pointing towards the vision that Dell has of their Smart Desk.

On software, Brian philosophised that if you had access to unlimited processing power, how would you interact? And would you be able to solve problems differently to how you do now? They’re interesting questions to ask, and ones that are currently being explored by product and software developers around the world, including Autodesk.

It was at the AU opening keynote that Autodesk CTO Jeff Kowalski revealed that they are investing in the development of pattern algorithms for use in the design process.

Put simply, imagine being able to tell the software what you want, and then through the automatic exploration of solution permutations, the software tells you how to get there.

All of this will be achievable through the inherent learning of the software based on past projects and operational parameters. It identifies the past patterns and relationships, and this in turn creates context for all future designs.

This is essentially how nature evolves.

As Bruce put it, the UI is moving up to a higher level so that the user isn’t tied down with the ‘nuts and bolts’ of how the program works. And this is the way it should be, with the software working for us, not the other way around.

While the panelists spanned a somewhat broad spectrum of markets, from software to hardware, all shared surprisingly similar views. This even extends to Autodesk, who echoed similar thoughts at their opening keynote.

Given the high state of flux across all forms of technology, the general consensus is that it is a move in the right direction, and that many of the day-to-day issues we face are solvable.

It’s just going to require traveling down a different path to what we have traditionally done up until this point. 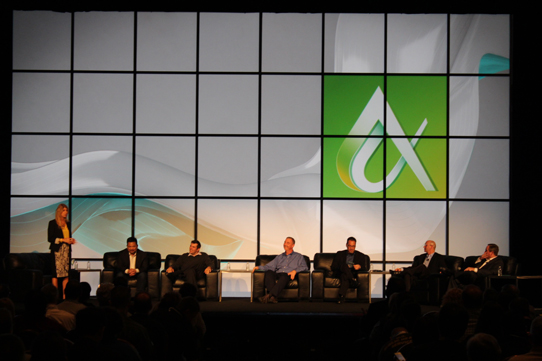